Posted by PAWScaster at 8:23 AM No comments: 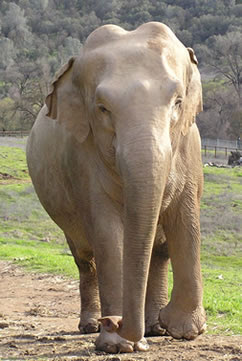 With deep sadness I write that we lost Minnie last Wednesday evening, January 21. The following is an update from Pat regarding her passing:

For the past few months, Minnie had been experiencing a recurrence of her urinary tract infections and bladder problems which have plagued her for many years. This was the first incident in three years, and we hoped that the miraculous effects produced by her cranberry diet might have cured her.

During this last bout, Minnie refused most food and water, except for cranberry sauce and cereal. We hand fed and watered her, and administered necessary medications at two hour intervals around the clock. We we all concerned that we might lose our beloved Minnie.

Miraculously, once again, she began eating and drinking on her own. During the month of January, she made incredible strides toward recovery, and we were optimistic that she would have one more summer in the lake with her friends.

On Wednesday, January 21, Minnie had her very best day in a long time, playing with Rebecca and chirping and squeaking at her keepers, who were delighted to see her behavior. Ed Stewart, one of her favorite people, spent most of the day with her, and Pat Derby fed her buckets of her favorite treats. Ed gave her a very warm bath, and she spent several hours throwing dirt, chirping and thumping. Everyone was delighted with her progress.

Minnie and Rebecca went into their dirt stall in the Asian barn and ate hay and dusted in the late afternoon. At 6:00 p.m., the afternoon keeper, Jon, served meals to Minnie and Rebecca. Minnie devoured every bit of her food. As Jon warmed water for their drink, Minnie laid down and seemed to be going off to sleep. Jon called softly to her, then realized she had stopped breathing.

Minnie, our 54 year old circus retiree whose vocalizations and sweet disposition charmed everyone at ARK 2000, died peacefully in her barn with Rebecca, her long time companion, and Pat Derby, Ed Stewart and her keepers at her side. Her peaceful posture and the serenity with which she slipped away were a great comfort to all of us. Minnie, who had endured years chained in railroad cars, died tranquilly among her old friends.

Rebecca slept next to her, and Wanda, Annie, Pat, Ed and her keepers Annamarie, Tom, Jon and Brian spent their last evening with the beloved leader of the Asian group.

We are so grateful to our dedicated staff and veterinarians who spent all their time and energy feeding, medicating and caring for Minnie. We take comfort in our loss knowing that her last days afforded the peace and dignity which this great lady deserved.

Fortunately, Pat had produced the following video update including Minnie the week prior to her passing. 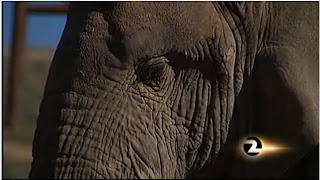 We were thrilled yesterday when Tom Vacar of KTVU Channel 2 News in San Francisco visited ARK 2000 for an update on Lulu, formerly of the SF Zoo. Lulu's progress from an insecure and isolated elephant to a fully integrated member of the PAWS African group has been, as Pat says, "our biggest success story."

During his visit, Tom also met Nicholas, the young Asian bull, and included an interview with Ed Stewart on the plight of captive bulls and PAWS' critical role as the only US sanctuary willing to accept them.

The story is an excellent launching point for our campaign, "A Buck for Bulls."

Too often, the lives of captive bull elephants consist of isolation, deprivation, abuse and neglect.

A Buck for Bulls gives YOU a way to help.

PAWS’ ARK 2000 is the only U.S. sanctuary offering refuge to bull elephants. If 100 people donate one dollar we can build almost a foot of habitat on bull mountain at ARK 2000.

Captive bull elephants are in peril. Their need is urgent. We must construct 5,000 feet of fencing right away. Please Click Here and with just $1 you can make it happen!

Posted by PAWScaster at 10:45 AM No comments:


In addition to making this wonderful video, Daniel and his family have spent days up at ARK 2000 helping us with our webcam infrastructure. His company, SeeMore Wildlife, has been integral in our webcam expansion project and we can't thank him enough!
Posted by PAWScaster at 11:12 AM 1 comment:

Nicholas and Gypsy Move to ARK 2000

At last, Nicholas and Gypsy are HOME.

Construction of the bull barn finally complete, on November 23, 2008, Nicholas and Gypsy made the move to their new habitat at ARK 2000. Bob Barker was on hand to celebrate and welcome them home. Click here to read more on the PAWS website.

And to top it all off, today is Nicholas' birthday!
Posted by PAWScaster at 10:06 PM 1 comment:

With the deepest sorrow I must let you know that 71, one of PAWS' cherished African elephants, peacefully passed away this weekend. Her PAWS family was with her. She was 26 years old.

71 was born in Africa and shipped to the United States after her mother was killed in a cull. Assigned and tagged #71, and slated to be sold as a baby circus elephant, she and a few others in the group ended up being purchased by a man in Florida who owned a large estate. Without her mother's care she was malnourished, chronically sick and nearly died. In an attempt to save her young life, Pat Derby and Ed Stewart, founders of PAWS, offered to give her sanctuary.
"71 was the cornerstone of PAWS. She was the reason for everything that guides PAWS' founding mission. She leaves a legacy for the other African elephants, Mara, Ruby, Lulu and Maggie, whom she led. ARK 2000 was truly hers," Pat Derby said.
When 71 first arrived at PAWS her veterinarian said she would never be a healthy elephant. But Pat and Ed committed themselves to giving her a chance. They slept with her for months, and bottle fed her until she was strong enough to eat on her own. They gave her love and encouragement. They gave her a family.
"When 71 first arrived and walked out of her crate," Derby recalls, "we immediately cut the chains from around her neck. We promised her right then she would never again be chained. She would never be beaten. She would never have to do anything she didn't want to do. We kept that promise to her."
Captivity, and the practice of capturing elephants-tearing them away from their families, forcing them to live in confined spaces, often cruelly trained-is ultimately what destroys them.
"I hope everyone who hears 71's story will remember her when they see elephants languishing in small spaces, rocking and swaying, deprived of their freedom and their families," Derby said.
A necropsy will be performed this week.

Maggie Heads to the Lake

Maggie has now fully integrated into the ARK African elephant group and she is taking advantage of every inch of the habitat. In this update, join Maggie on her foray to the lake.

On May 15, 2008, Ruby celebrated the first anniversary of her transition to PAWS from the LA Zoo. Ruby's staunch benefactor, the wonderful Bob Barker, visited PAWS and brought Ruby a cake to commemorate the festivities.

See video of Bob Barker's visit, as well as Ruby's overall transition, in the most recent PAWScast video update.

We know it's been awhile since we brought you a new update... It's been a busy spring at PAWS!

The Animal Planet Series "My New Wild Life," featuring PAWS, is now on the air Sundays at 7am Eastern Time. (Yep, that's 4am on the West Coast. Groan.) If you love the show as much as we do, send Animal Planet an email asking for a better time slot.

Ruby celebrated her first anniversary with Bob Barker, and Bob also paid a visit to Nicholas and Gypsy in May. Check out the PAWS website for details and pictures.

And best of all, Maggie is now one of the girls: she's out in the habitat full-time with 71, Mara, Ruby and Lulu and she has integrated beautifully!

We've accumulated a lot of video content, so you can expect to see much more of the elephants in upcoming episodes.

This week, we thought we'd share Maggie's migration video for those of you who haven't seen it. The video covers her trip via the US Air Force from Anchorage to ARK in San Andreas, and ends with some of the highlights since she's been at PAWS.

Nicholas and Gypsy, the last of the Illinois Hawthorn elephants, have been at PAWS for almost one full year, and news of them is long overdue. In this update, Ed Stewart talks about breaking ground on the bull habitat construction at ARK 2000 and the additional requirements of keeping bulls.

Gypsy and Nic are doing well and we're delighted that their quarantine period is almost complete. The first anniversary of their arrival at PAWS will be April 1st, 2008. We want to say thanks to all of you who have supported these two very special elephants on their long journey to PAWS. We are especially grateful to Bob Barker, a true friend of animals and without whom, this chapter of Nic and Gypsy's story might well have ended differently.

About Pat Derby and PAWS

PAWScaster
Galt, California, United States
Pat Derby’s advocacy for animals developed more than 35 years ago when she began working with captive wildlife in movies and television commercials. While working on television series such as Gunsmoke, Lassie, Daktari, and Flipper, she witnessed the neglect and abuse prevalent in animal training. Determined to initiate better standards of care and handling for performing animals, Pat chronicled her adventures in a Book-of-the-Month Club autobiography, The Lady and Her Tiger. The first exposé of the treatment of performing animals, The Lady and Her Tiger won an American Library Association Award in 1976. Since 1984, The Performing Animal Welfare Society (PAWS) has been at the forefront of efforts to rescue and provide appropriate, humane sanctuary for animals who have been the victims of the exotic and performing animal trades. PAWS investigates reports of abused performing and exotic animals, documents cruelty and assists in investigations and prosecutions by regulatory agencies to alleviate the suffering of captive wildlife.